What our clients & partners say…

Naylor Love worked with Bruce Gibson and Ben Porte (formely TARC) on the University of Otago Performing Arts Centre in Dunedin for the installation of the zinc cladding system. This was a major project, over an 18 month duration. With their industry experience, Bruce and Ben assisted with buildability solutions for the design and are clearly very knowledegable in their profession. They understand the scope of work extremely well and are highly organised with front end workload – turning up to contract meetings well-informed and delivering on time.

In our experience, Bruce and Ben’s team of installers are arguably the best performing subcontractors on site – we have found they are above and beyond your standard roofers, they are true craftsmen.

We look forward to working with Bruce, Ben and the team from Architectural Envelopes on future projects.

RBJ Ltd had the good fortune to start working with Bruce and Ben of Architectural Envelopes over 12 years ago, on the Reid House in Slopehill Road. Since then, we have engaged them on all of our high end builds, including Sir Michael Hills Lodge Renovation, Manassen Copper House and Millvista Lane Property, to name a few. During this time, we have found Architectural Envelopes to be a very trustworthy company to deal with. When building high-end homes, it is imperative we are supported by confident, reputable contractors, and Architectural Envelopes is certainly one of these companies. Ben and Bruce are always accessible and flexible when presented with building challenges, such as difficult time lines, complex details and tough site conditions. RBJ would most definitely recommend Architectural Envelopes as a roofing/cladding company for all types of projects (as long as they are not busy on ours, of course!)

McAuliffe Stevens are the architects for the Holiday Inn Express & Suites hotel that opened in Queenstown during winter 2020. The concept for the hotel is strongly based on the glacier that preceded Lake Wakatipu and the large rocks lie around the Lake that have been displaced from their original ecological location by the glacier, known as glacial erratic’s. As a consequence, the architecture for the Hotel presents with strong contemporary forms and a simple pallet of materials.

As a consequence of Architectural Envelopes contribution to the Holiday Inn Express & Suites project it was natural that they be similarly involved with the major redevelopments of O’Connell’s in Queenstown and Forsyth Barr House in Dunedin, where copper has been selected for roofing and cladding elements, and the designs are also being undertaken by McAuliffe Stevens Registered Architects. 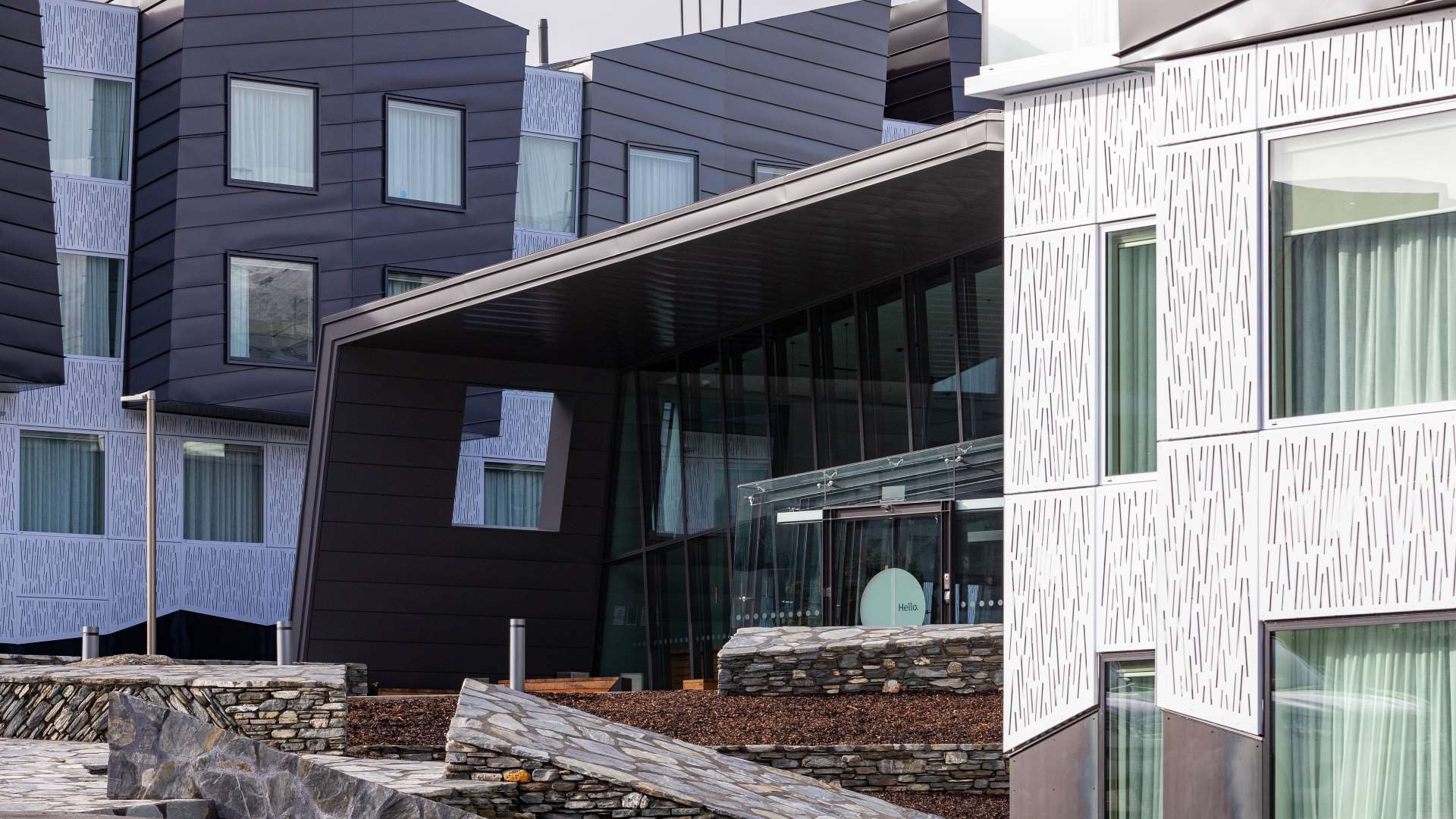